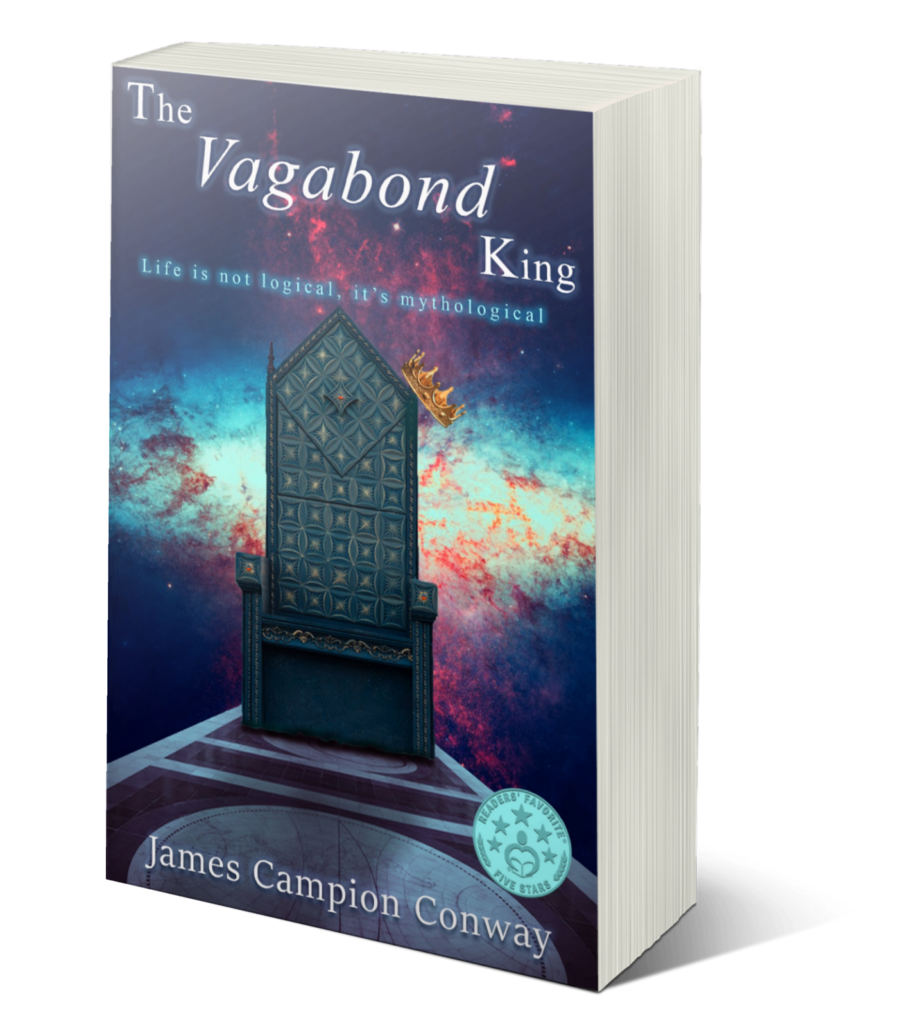 “There were times I had to put the book down and simply reflect on how talented this author is.” Underground Book Reviews

“…if the world and literature survive into the next age, The Vagabond King will probably be a classic.” TM Romero, Goodreads.com

Do you love detailed description and clever turns of phrase?

Then you’ll love the coming of age story, The Vagabond King.

When his mother dies and he discovers that the man he was raised to believe was his father is not, sixteen-year-old Chris is haunted by a mysterious apparition and flees his affluent surroundings to embark upon a quest to find himself.

Hoping she will “make a man of him” he seeks sanctuary in the home of Magda, a middle aged waitress with a penchant for sex, only to discover that she lives with her father, a cigarette smoking, beer swilling immigrant.

Chris hates his shabby new surroundings at the end of the street and the shabby old man at the end of his life who spends his days listening to old blues records and making Chris fetch him fresh cans of beer.

But, when the old man tells tales of Communist Hungary, torture, escape and the mysterious medallion he wears, Chris learns that, like the old man’s skipping records, history repeats itself and the roles we play have been played many times before.

If you’ve ever wondered “what it’s all about” or, if you like mythological fiction like American Gods by Neil Gaiman, or visionary fiction like The Celestine Prophecy by James Redfield or The Alchemist by Paulo Coelho, then this book is for you.

The Vagabond King blends ancient mythology and modern cosmology in a lyrically told tale that will leave you thinking long after the last page is turned. “Thought-provoking and absorbing…a soulful and soul-searching novel of a young man’s coming of age.” Star, Goodreads.Com